Guys, the party went SO WELL! We ended up having 9 girls counting Taylor and Lily (my two), which was a good number, enough to feel like a party, but not so many they were hard to handle or keep entertained.

I want to spill all the details, but I’m going to spread it out over several posts. First of all, the party favors:

I made four different things for each girl to take home (and of course they got to take home all the things they made while they were there).

To start with I made simple rolled rosette necklaces strung on satin ribbon. This was pretty much a free craft for me. I had everything on hand except for a few colors of the satin ribbon. But since it’s all of $0.49 a roll at Walmart, I only had a couple of dollars in it. I won’t waste your time with a tutorial on rolled rosettes, because there are about 100 craft bloggers out there who have already explained it much more clearly than I ever could. Basically it’s just twist and glue. 🙂 One thing I did differently than most was to back mine with suede instead of felt. I made a few of these for Christmas and did that, and it just kind of gives it a nicer feel. 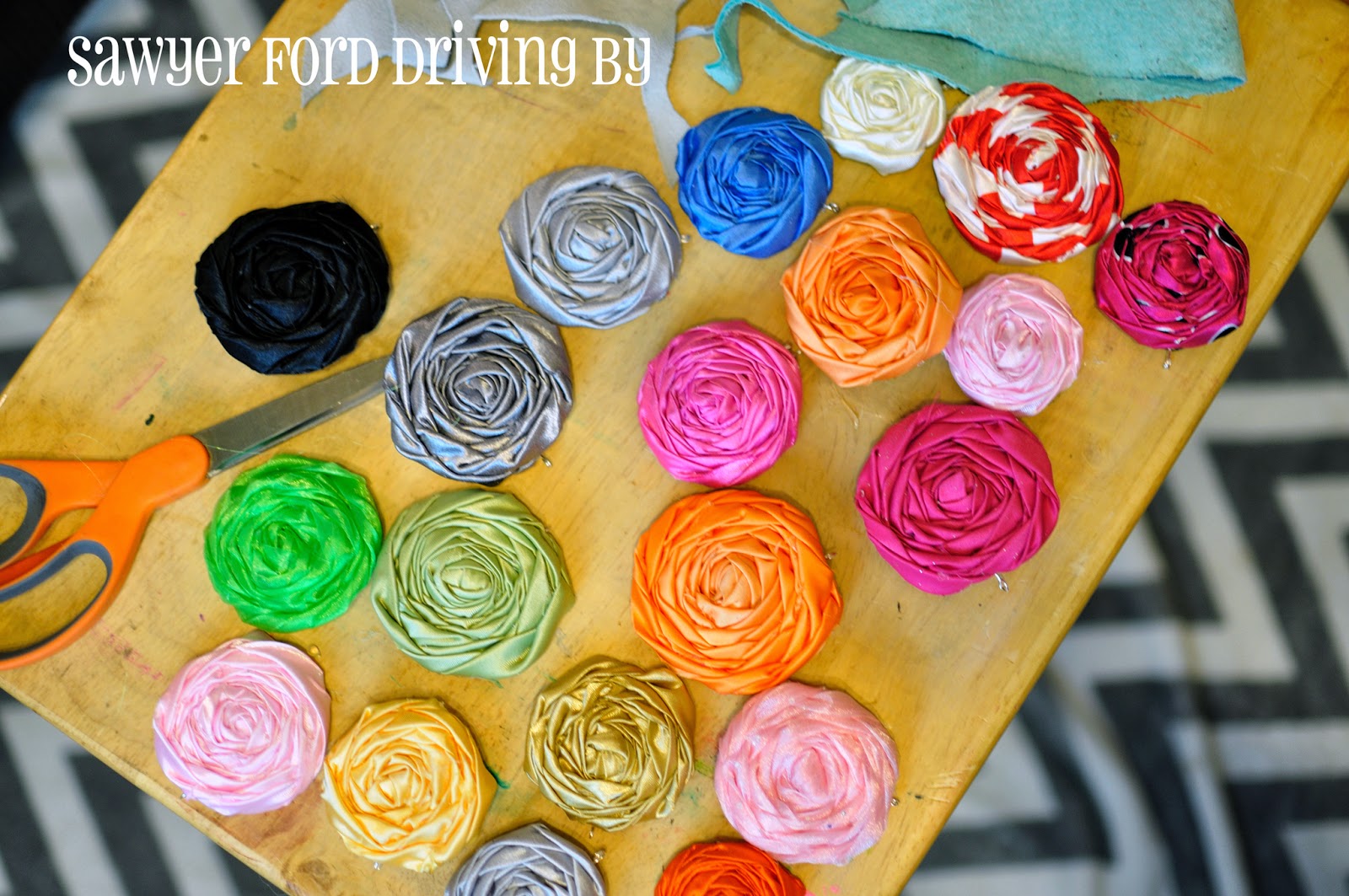 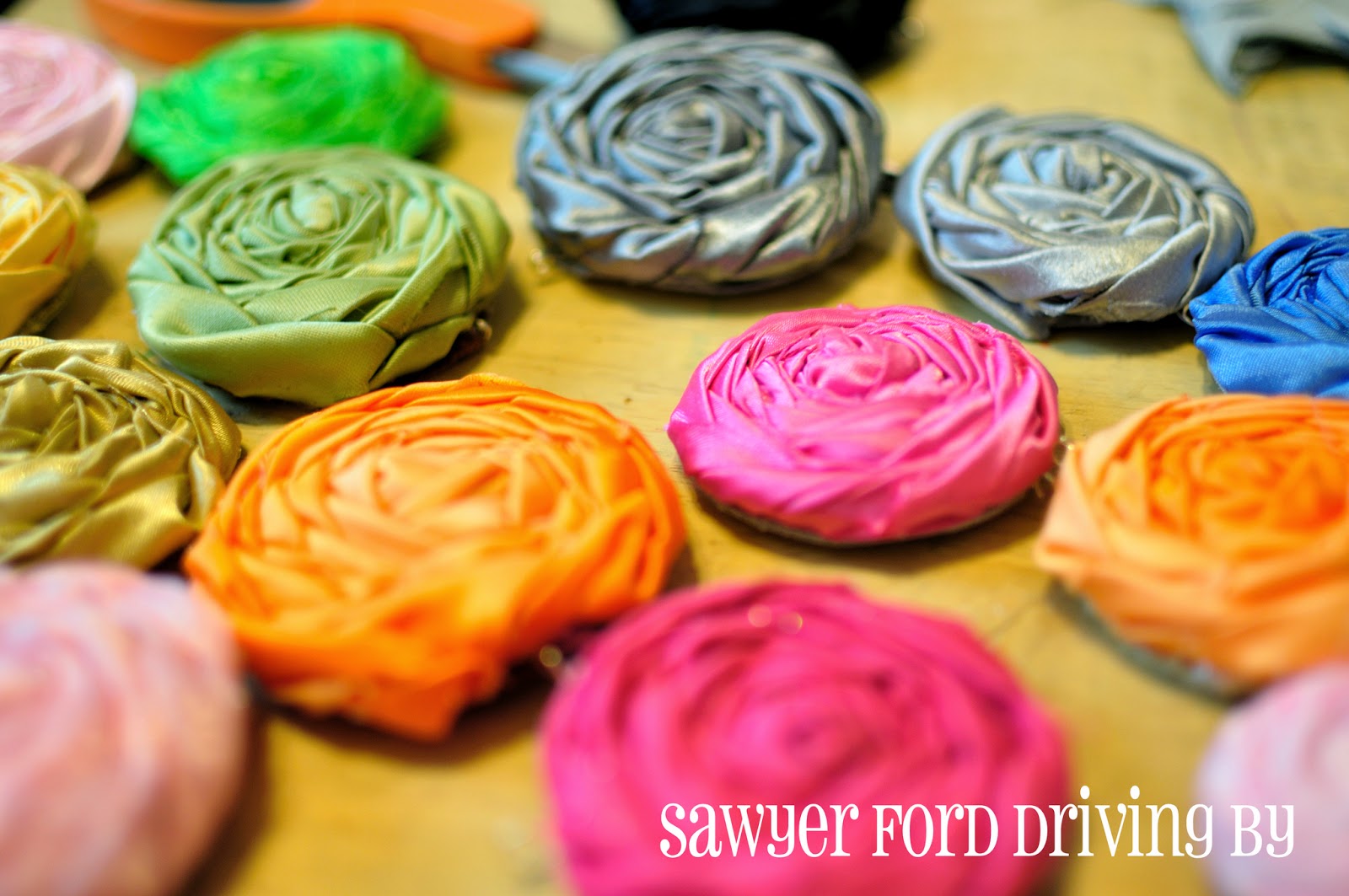 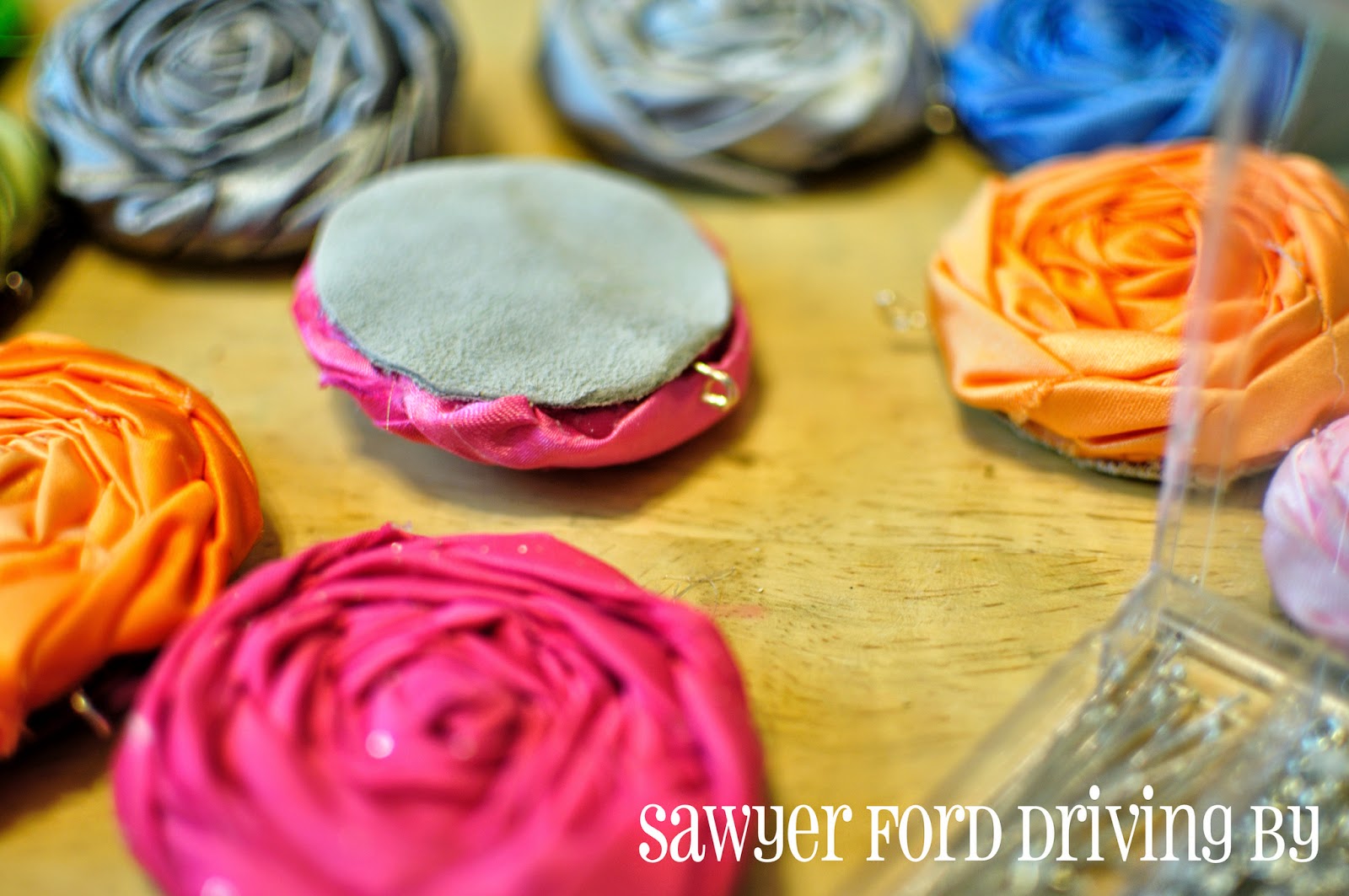 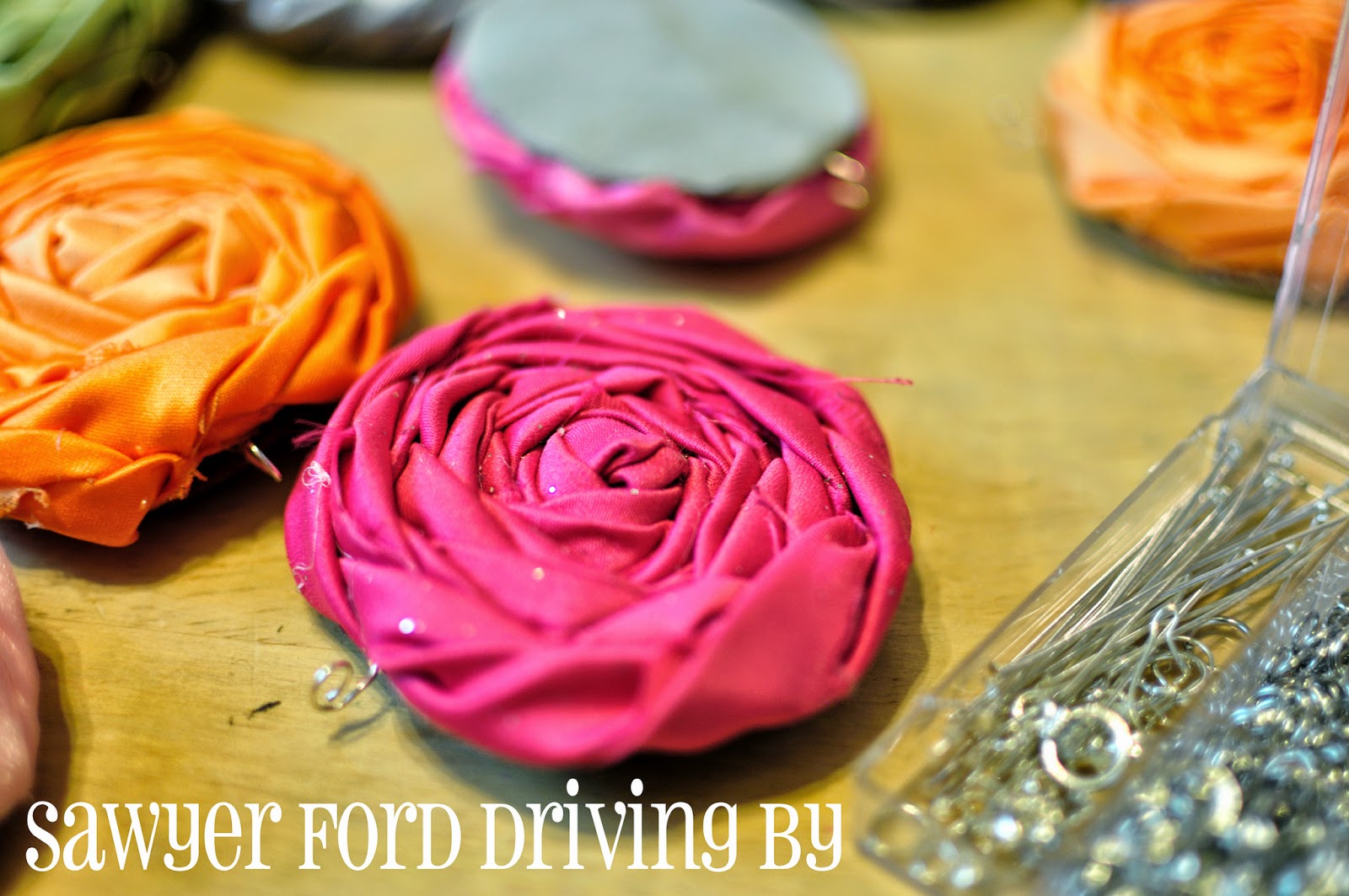 For the bails, I just used jewelry pliers to twist a head pin into a loop on one end and a smaller, double rolled loop twisted perpendicular to the first loop on the other end. Then I just glued the larger loop between the back of the rosette and the suede, then threaded the ribbon through the smaller double loop, tied the ends, and called it done!

I also found these cool wrapped rings on clearance at Hobby Lobby. I bought a couple of sets, one in pinks and oranges and one in blues and purples. I can’t remember exactly how much they were, but I don’t think they were more than a couple of bucks a set, and there were 11 rings on each card. I just strung each one on a ribbon. 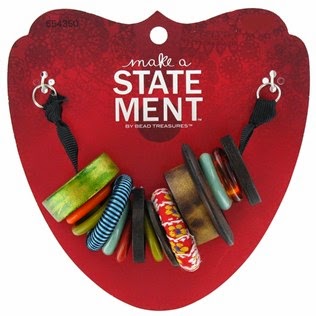 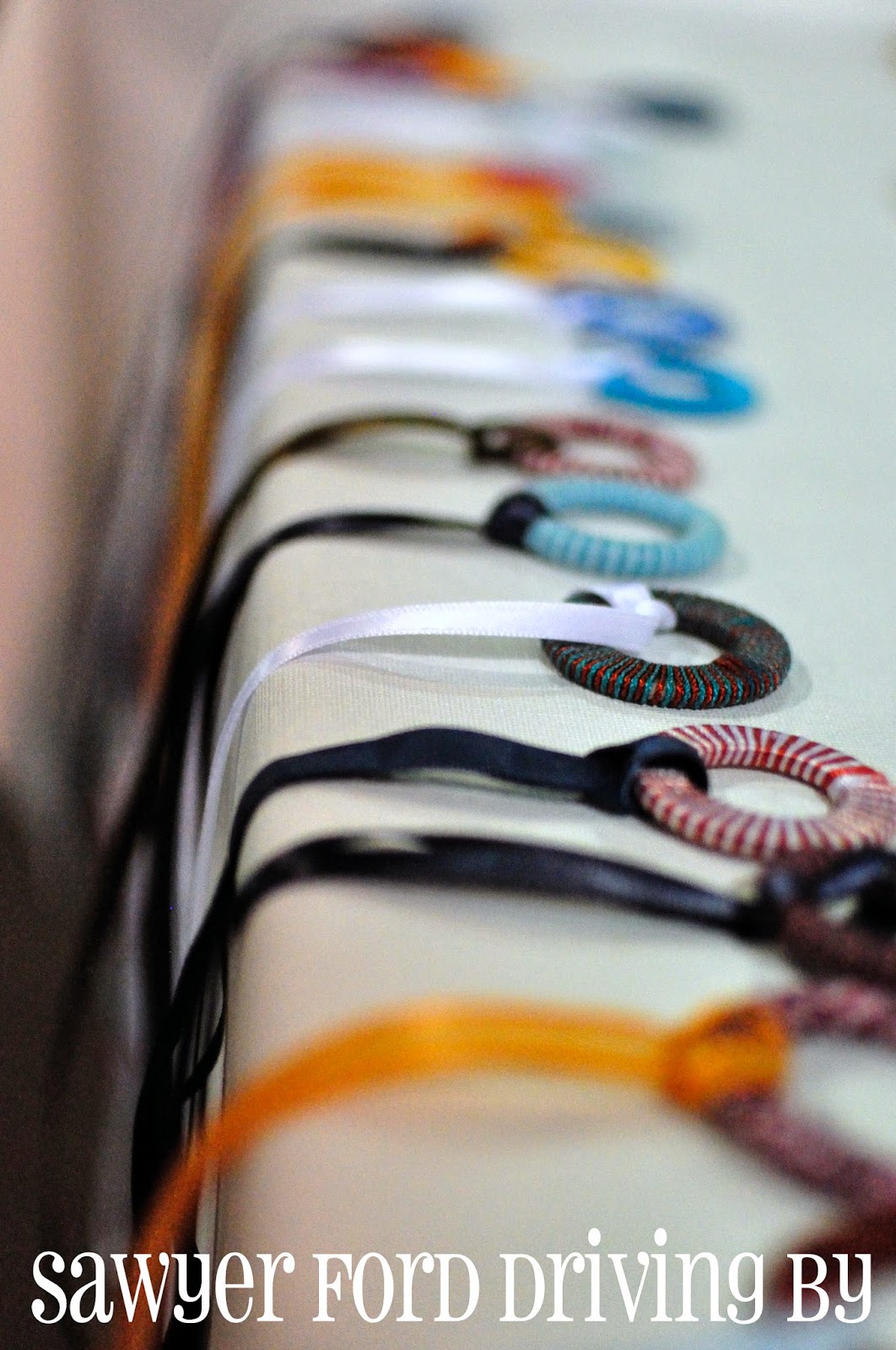 Tomorrow I’ll tell you all about the leather hair bows!