My Lily girl lost her first tooth Wednesday! On our way to the store she told me her tooth was hurting and moving, so when we got where we were going, I checked it out, and it was ready to fall out, which was crazy since it hadn’t been loose at all the day before!

I took a few shots of the wiggly stage. 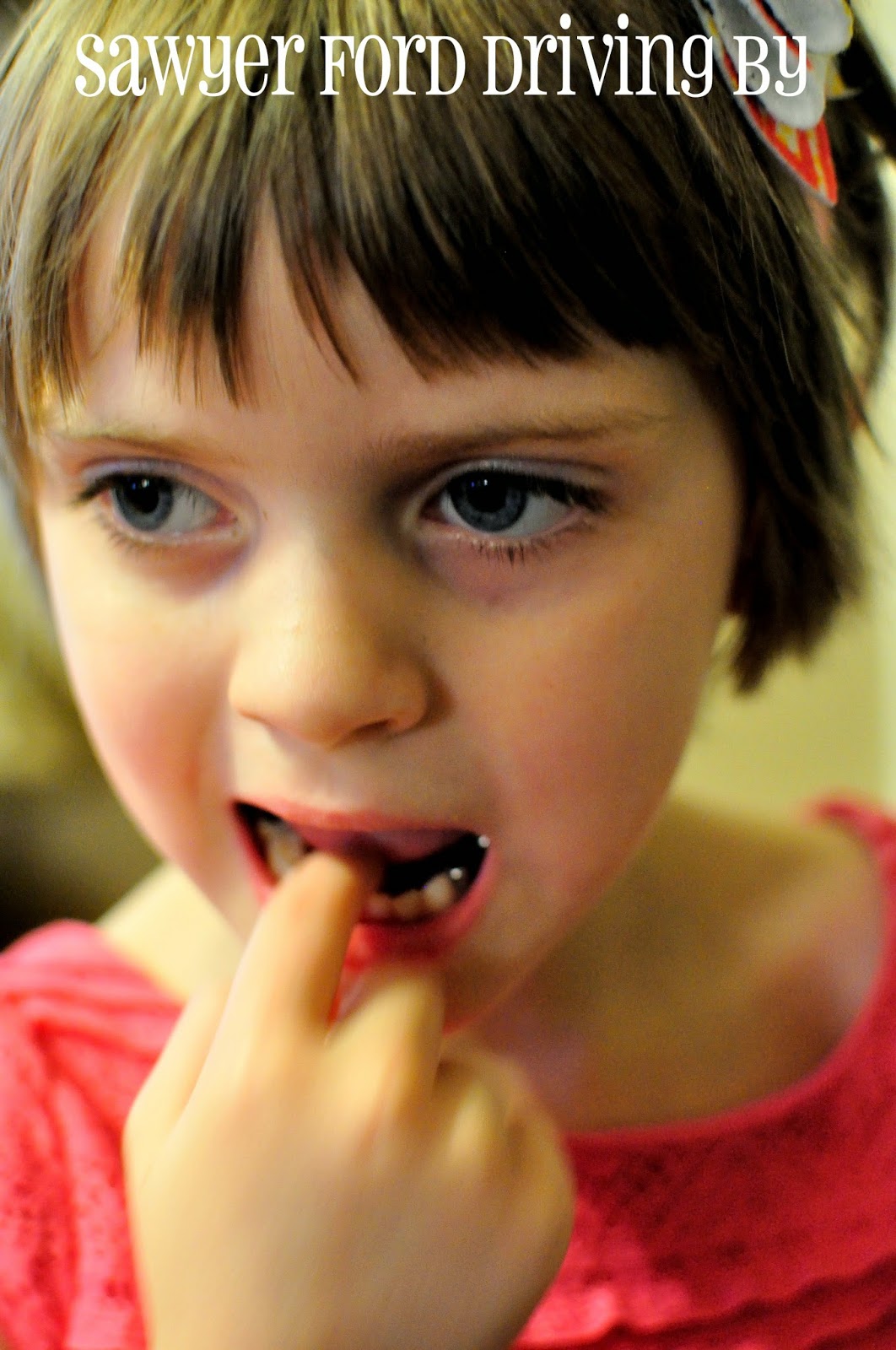 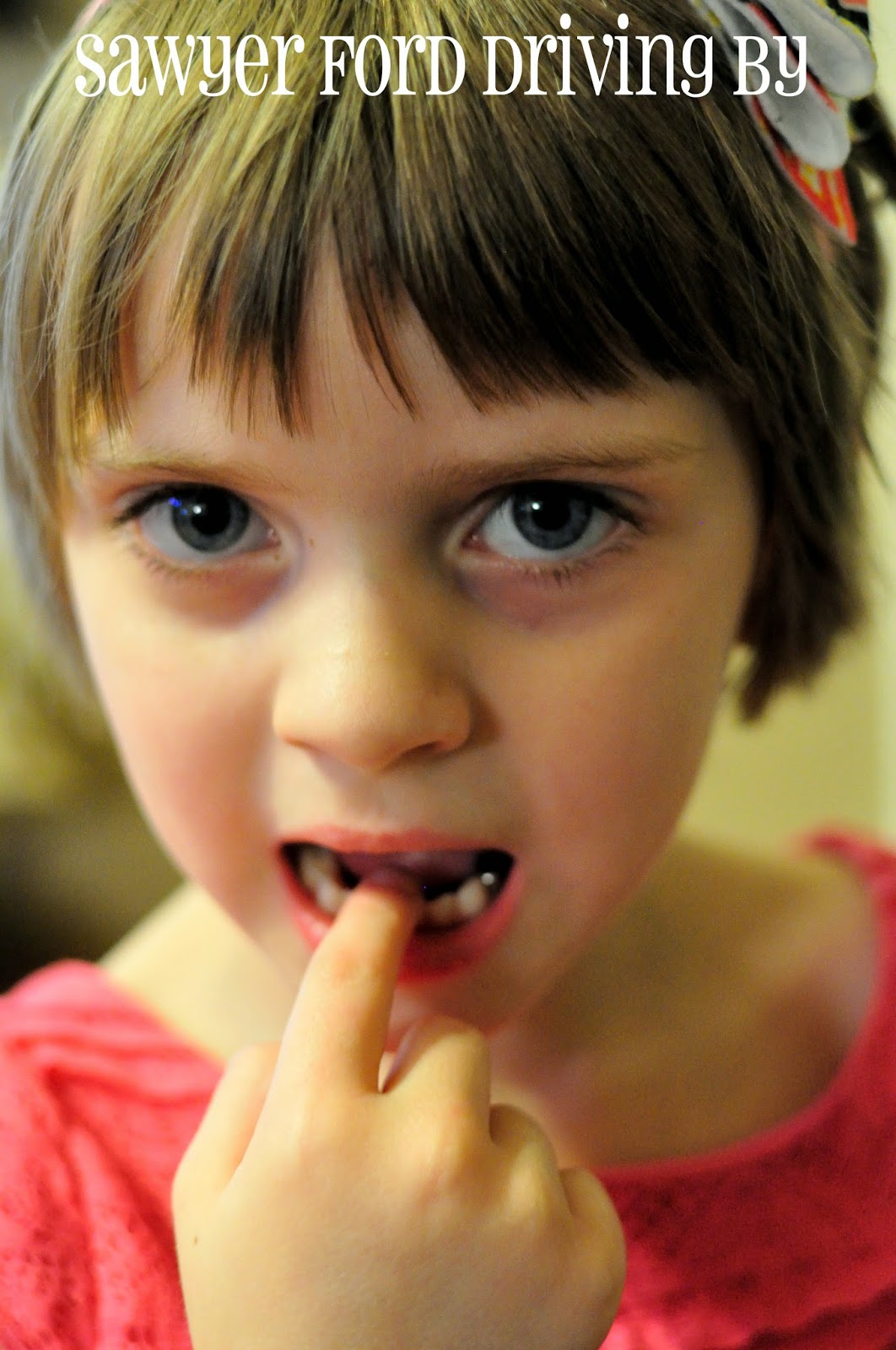 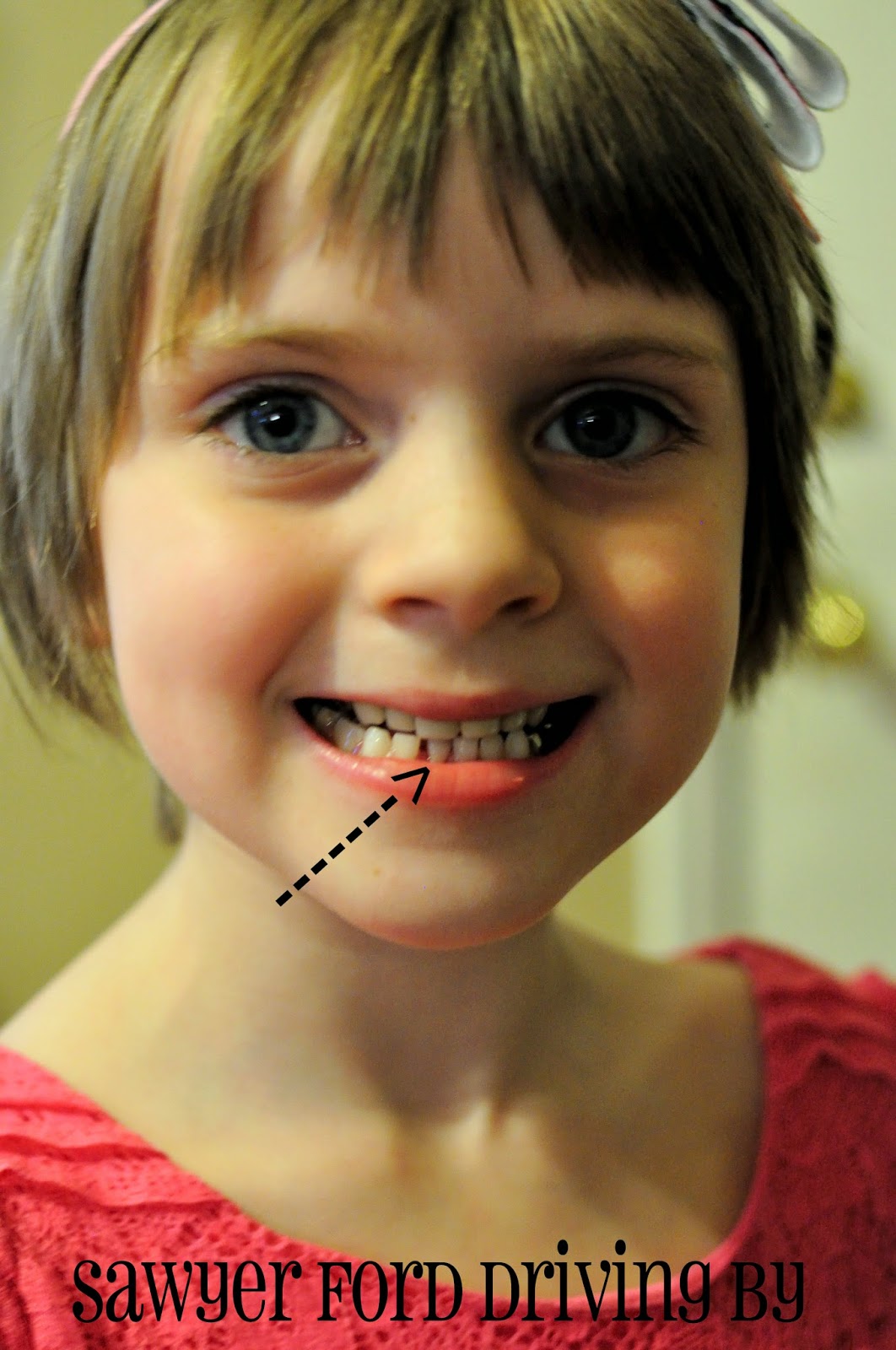 That night at dinner it came out, and she declared it the best day of her life. 🙂 Then she misplaced the tooth. She actually thinks she might have swallowed it, which I suppose is possible since she was in the other room when it happened and may have been too busy touching the empty socket to pay attention to where the actual tooth went. Anyway, this devastated her, because she was sure that the Tooth Fairy wouldn’t visit if she couldn’t pony up a baby tooth for her. I assured her that I had a picture of her smiling without the tooth, and the Tooth Fairy would certainly accept that as proof. 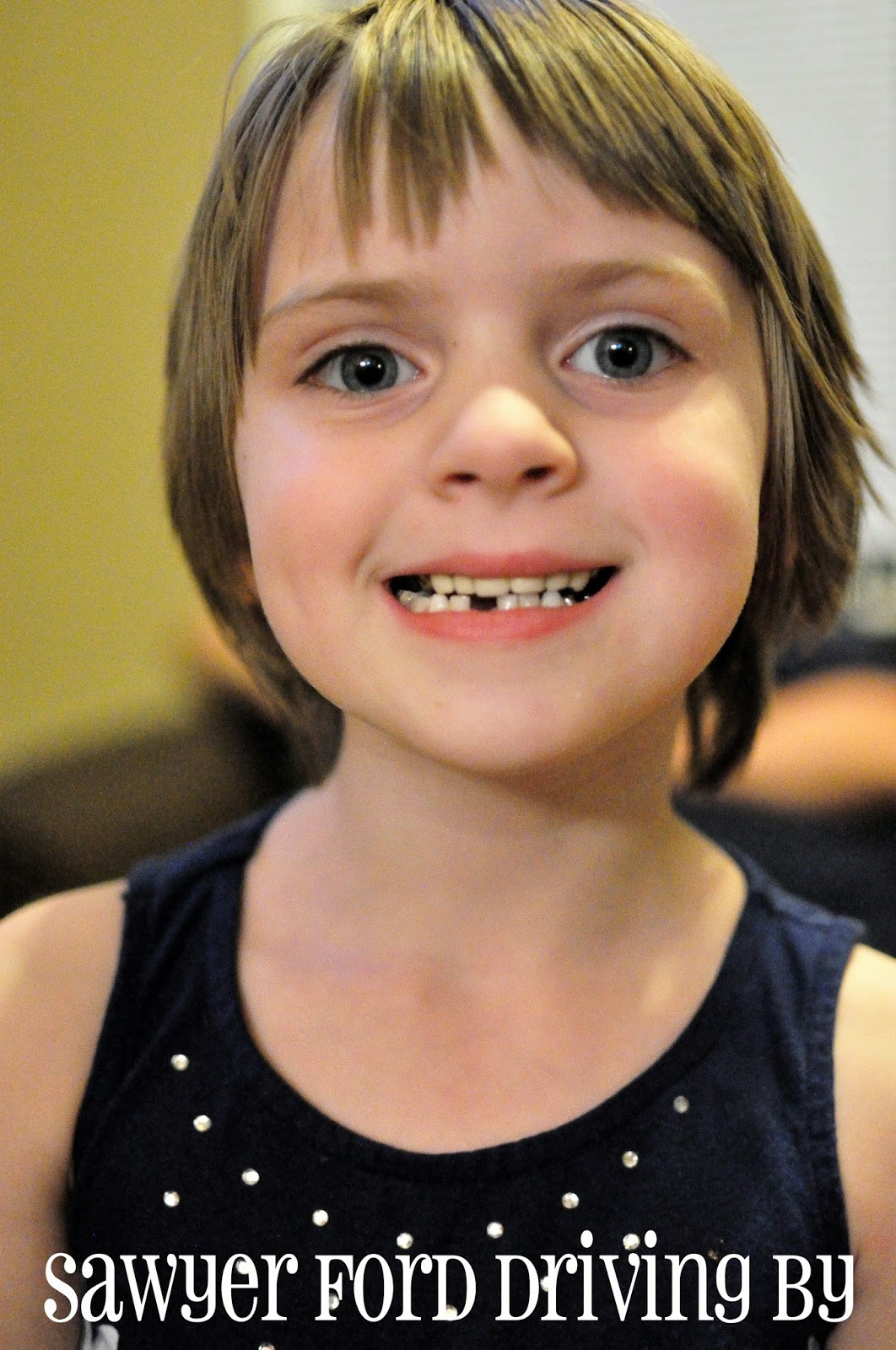 When I was a kid we got a quarter under our pillow, or maybe a dollar if we were lucky. But Lily is not yet at a stage where money means much to her, and I knew she would much rather have a girly accessory as a prize. But I wanted her to have the choice, so I asked her, if I happened to see the Tooth Fairy when she came, if I should tell her she wanted money or a present, and she assured me that she would much prefer a gift!

After she went to bed I got busy making a card and a bracelet for her. The card I made using my Marvy Uchida Border Punch System, which has been so much fun! 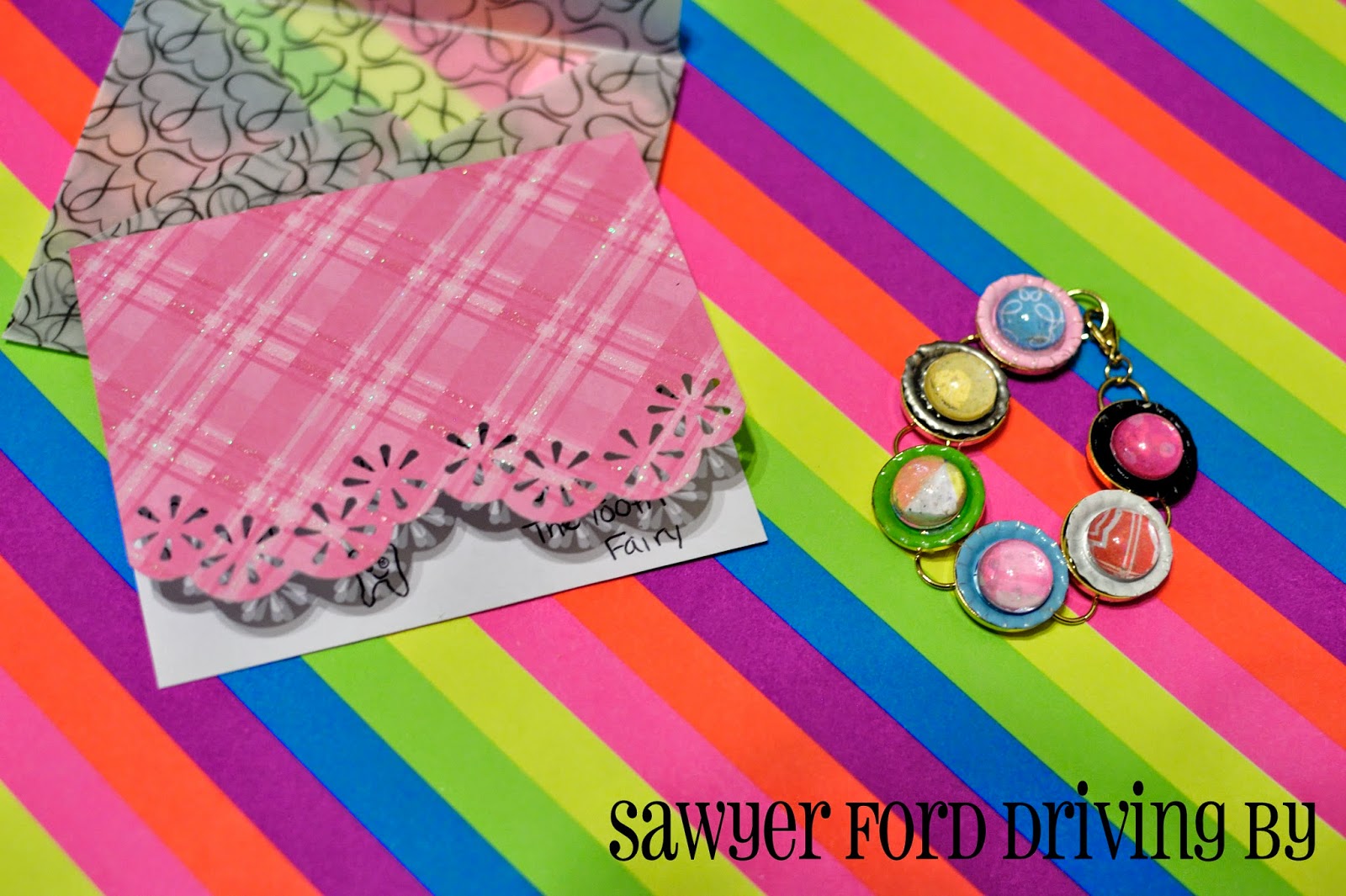 I made the envelope using my Envelope Punch Board and this fun heart motif vellum. The other day I found a little Xyron Sticker Maker I’ve had in my craft stash for years, so I used my questionable scissor skills to cut her name and a heart out of pink cardstock, then turned them into stickers and stuck them to the front of the envelope. 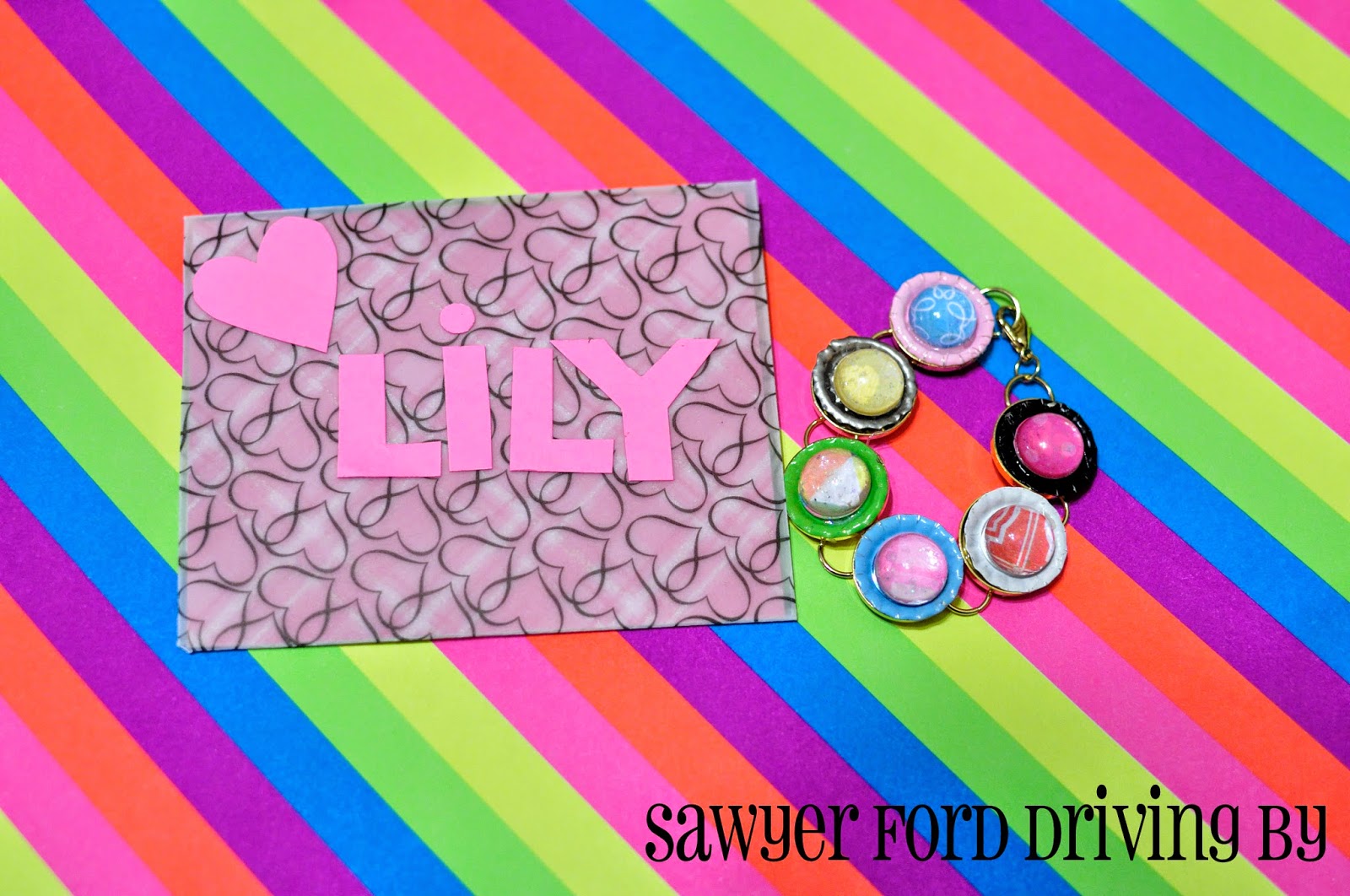 In the card I wrote:

Congratulations on losing your first tooth! You are such a big girl! I heard you might have swallowed it, but that’s okay. I saw the pretty picture of you smiling without it, so I can still leave you a present. I hope you like it! 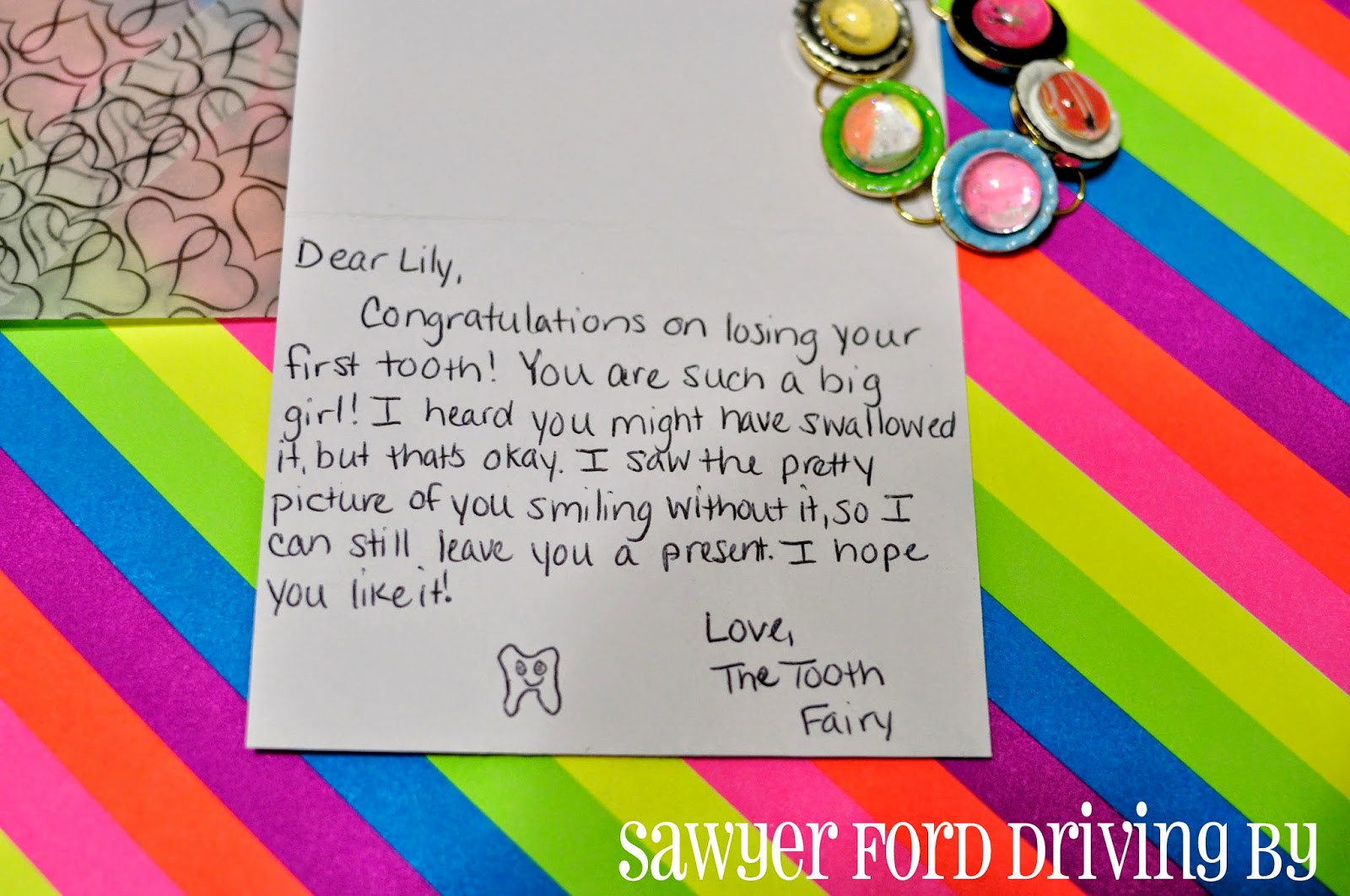 I made the bracelet out of a little pre-made chain of blanks I got ages ago at Hobby Lobby on clearance and some mini bottle caps and cabochons I found at Tuesday Morning. I took a couple of links out of the bracelet, and it made it just the right size. I flattened the bottle caps using my Sizzix Big Kick. The Big Kick/Big Shot works very well flattening full size bottle caps, but I ran into some problems on some of the little ones. I’m not sure why, but some of them folded under, and I wasted probably 4 or 5 trying to get a good one of each color. I used a 1/2 inch circle punch to cut circles from scrapbook paper, then glued them to the backs of the cabochons. I just used my hot glue gun on high heat to attach the cabochons to the bottle caps and the bottle caps to the blank trays. If I’d had more time I probably would have used E6000, but I was trying to get it done so I could leave it for her and go to bed. I think this will hold up well enough, and she’s not the sort to put things other than food in her mouth, but if you’re making one for a child, make sure that they can be trusted not to put things they shouldn’t in their mouth or use a stronger glue. 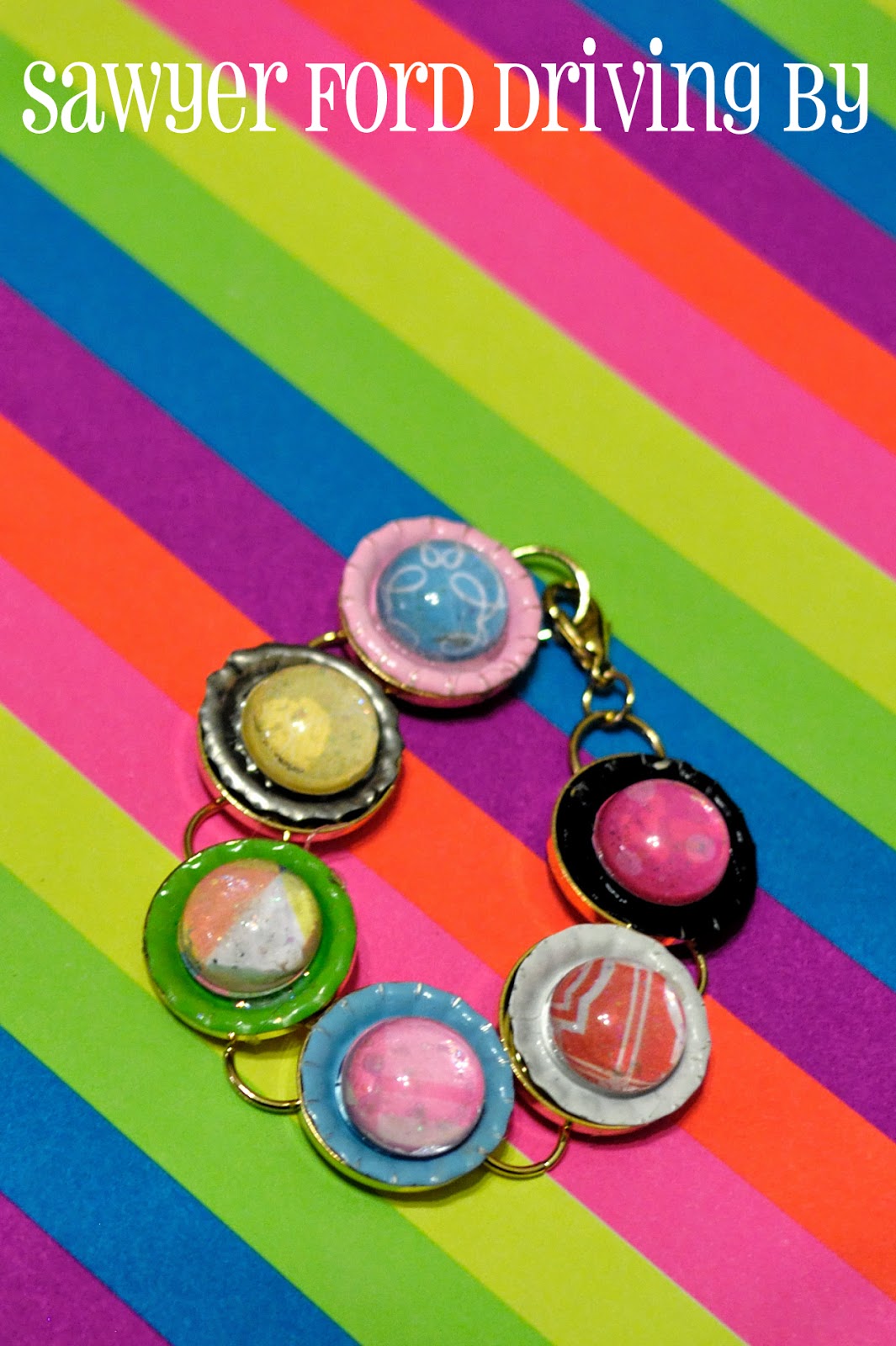 She LOVED both the card and the bracelet, although she woke up upset because she couldn’t find them on the bed at first and was sure the Tooth Fairy had passed by because of the misplaced tooth. As if the Tooth Fairy could resist this face! 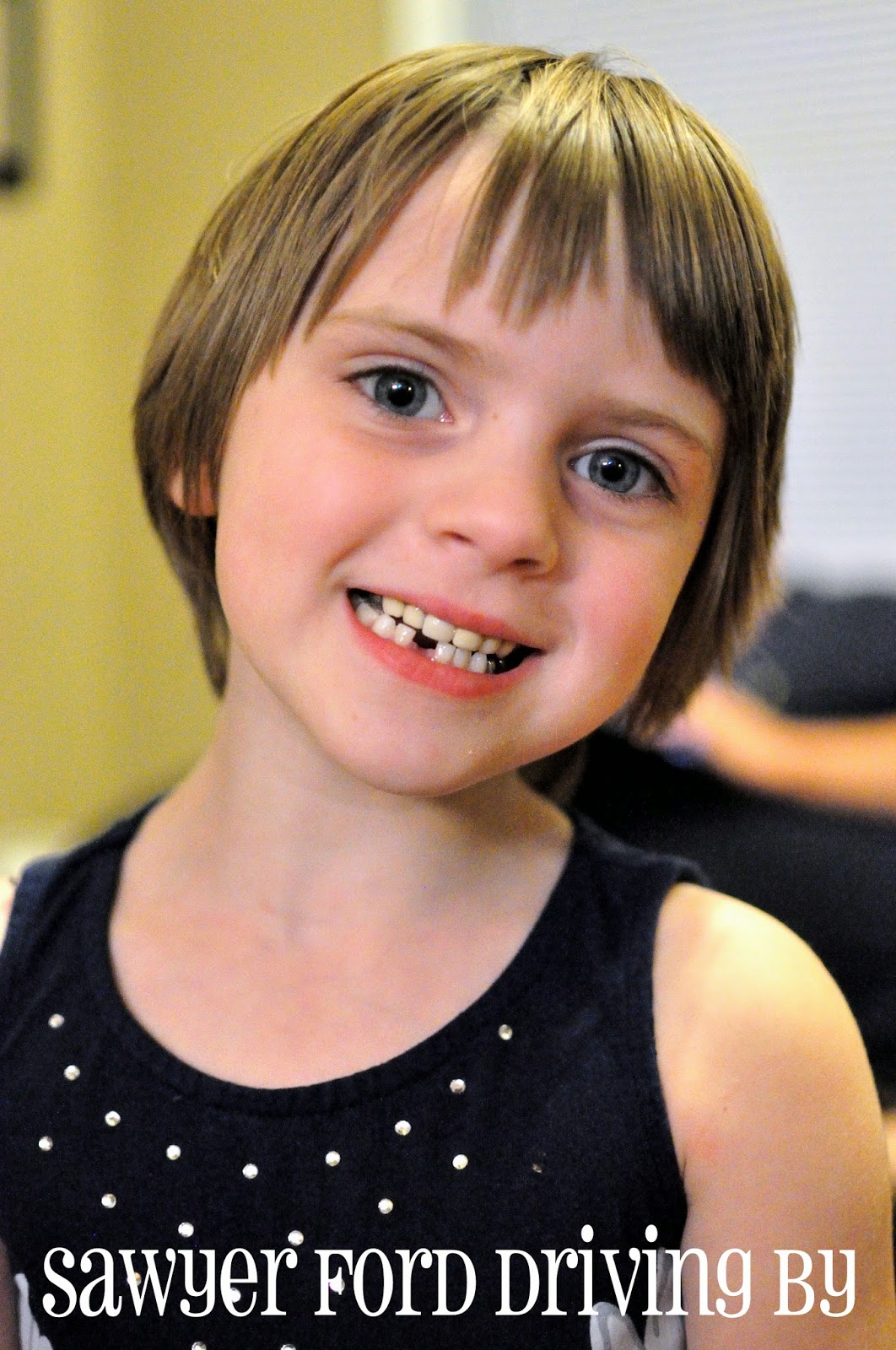